Think: God (Allah) is One 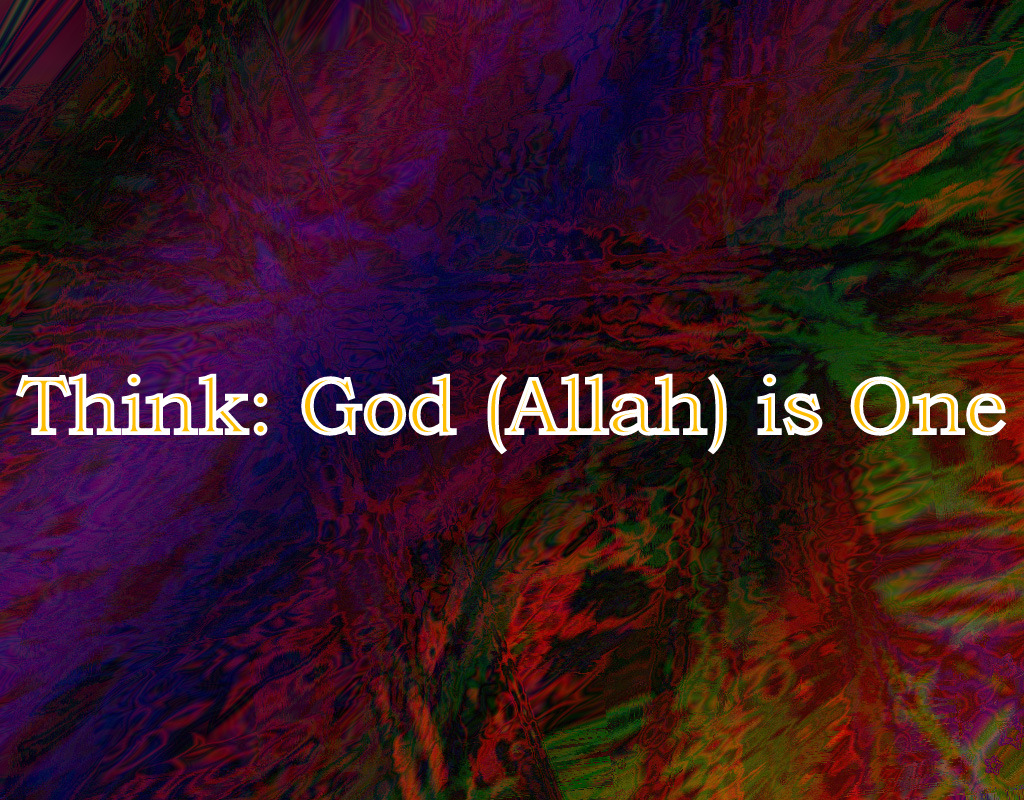 Ya’-kufuuna – (have been restrained), this word has been derived from ‘akafa, which means “to sit a side and giving full attention towards one point”. The word ‘A’-takaaf has been made also from it, which means “Restraining, curbing one’s passion from religious motives continuing in the Mosque (particularly at Makkah), sitting by oneself in a mosque and think of God (Allah) Almighty”.

‘Asnaa-min – (idols), it is plural of sanam. Any image or thought, which is displayed in a form of any statue or idol; is called Sanam. The idol, to which these people used to worship, was of a cow, which is a collection of useful thing for the mankind. In the beginning, the people used to keep its statue in front to show the idea of “Lord”. Then they forgot “Lord” and began to worship it.

‘Al-bahru – (Sea or river), the aim from this word ‘Al-bahru is, that branch of “The Red Sea” which is in the middle of Egypt and Sinai Peninsula. When the Children of Israel flew away from Egypt under the command of Prophet Moses (peace be upon Him), they reached the coast across the Sea with the Grace of God Almighty. They saw there some people, who were going to worship an idol, which was lying before them. They also though: What is problem in it if, we worship God and retain any statue in front of us to keep the thinking at one point? Therefore, they came unto Prophet Moses (peace be upon Him) and said: We should also be permitted to make the countenances, statues and idols as they have made, so that, we should worship keeping them in front.

Prophet Moses (peace be upon Him) replied them: You don’t know that what harm does exist in it. Listen! That, which they have been doing, is baseless absurdity and it shall be finished one day, because there is a lot of loss and harm in it, without any benefit. The Children of Israel had been dwelling in Egypt for a long time between the idol worshipers. When they saw the people here worshiping idols, the same passion was born into them again. Prophet Moses (peace be upon Him) said to them: It is a net of polytheism. It is our duty to remove it.