Punishment Of A Renegade 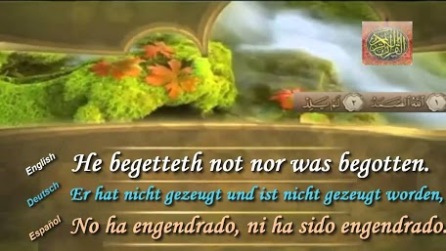 It was cleared from the previous lesson that the Infidels and Idolaters will carry on trying to turn the Muslims away from Islam with every method. They will threaten and terrify them, offer them different hopes, tempt them. Their entire attempts will be for the purpose that with any possible way the Muslims should not increase in numbers, they would return towards the ignorance and darkness of infidelity.

It has been warned in this verse that if any Muslim will become a renegade leaving Islam under the influence of Infidels, due to scare or lure, and will die in his disbelief then his all deeds will be lost. He will have to face its punishment also in the world and on the Day of Resurrection too.

Punishment due to becoming a renegade toward infidelity from Islam will be that his life and wealth will not be protected. His relation will cut from his Muslim wife.  He cannot get the hereditary property of the Muslims. Moreover if there is a Muslim government then that disloyal, renegade and rebel person has not any right for living.

On the Day of Resurrection he will be punished rigorously as he will remain deprived from his rewards and compensation. He will not get exchange of his any worship and good deed. He will be put in to the Hell, will be burnt there forever and harmed any way.

Fayamut  wa  huwa  kaafirun – (if he dies in his disbelief) Allah Almighty taught from this sentence that if (God forbid) any Muslim becomes a renegade, even then he has the opportunity to return toward the religion. The punishment of Hereafter is only in that case, if he dies in the folly of Infidelity.

The punishment of the renegade is too much rigorous because he became the renegade after understanding the Islam. Then doubts may rise in the hearts of other persons seeing him.