Help Them who are Treated Wrongfully 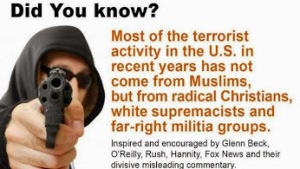 Yuqaa-tilu  fii  Sabii-Lillaahi  – (fought for the Cause of Allah), this sentence has come three times in these verses. The aim is to emphasize upon the matter that the battle should only be for the religion of Allah Almighty. He approves that none should prevent any person from leading to the Way of Religion. The war is with them only who do not believe in the true religion themselves as well as obstruct others too from acting upon the religious instructions.

It is understood that Jihad means ‘to be prepared for fighting with those people, who prevent the human beings from the true path and want to make others their own harmonious willing or not willing. Distinction of those misled people is that they view only worldly advantages of their own and their companions, and wish to keep others pressed forcibly for their personal desires. They say, “We are superior to all other persons and they should remain our servants”.

Opposite to them, there are some such people, who like goodness for entire humankind and consider their gain in the gain of all other human beings. Neither they are proud nor haughty. They do not want to keep others under their pressure. They deem necessary to help the poor, the needy and the feeble people, and there is neither any interest of their own in it, nor they think about any benefit. Rather their aim is only to save the creature of Allah Almighty from any disaster. They neither claim any gratitude from someone, nor desire any partiality/favor. These people believe truly in Allah Almighty and His religion.

Allah Almighty commands that while those men and women, little, elder and weak children of any inhabited place would be crying and screaming for help, defence and protection against the tyrants, who have pressed them, then what has happened with you that you do not go forward to support them? Moreover, why do you not grip up the loins of the oppressors for fighting against them?