156.  lest ye should say: The Scripture was revealed only to two sects before us, and we in sooth were unaware of what they read- 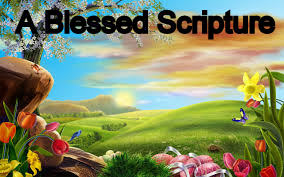 It was described earlier that Prophet Moses (peace be upon Him) was given Torah, and in it, those entire appropriate Rules, which were revealed on different occasions before it, were gathered clearly for the humankind. After that, the same Scripture remained a competent Manual for a long time.

The Psalms of Prophet David and the Gospel of Prophet Jesus (peace be upon Them), which were revealed after the Torah, should be considered as parts of Torah with some amendments, which were necessary to be made with the passage of time. After that, the time kept its own speed and along with it, the condition of the human being got changing with the passage of time, even that time reached, when entire Commands were required to be gathered in one Scripture for the entire human beings, so that afterwards, they would not have to go towards someone else for guidance, and from this Scripture, necessary and required commands may be obtained for each situation.

That blessed Scripture is this Holy Qur’an. It is blessed for the reason that such a fountain of guidance has been springing from It, which will never end. The thing, which is limited in terms of the form, but it has unlimited and endless benefits, is called “Blessed”.

It is commanded by God Almighty: Now We have revealed this Scripture (Quran) after Torah for the guidance of humankind. Summary of it is that its blessings and bounties will never end, and as long as this world shall stand, guidance for the human being shall spring out from It.

Whenever the mankind will incline towards It (Holy Qur’an), It will cause to understand him the path to follow according to his own condition. After consulting It, no one will have to go anywhere for guidance. Therefore, you should hold It fast and escape from Its enmity.

There is fear in Its opposition that you will be entangled in any big trouble. But if you followed the Commands, It contains, then mercy of Allah Almighty will be upon you and you will be saved from all kinds of disasters and calamities.

Now there is no occasion for you to say that Torah and Gospel were revealed only for the Jews and the Christians, we don’t know, what has been written into Those Scriptures. Allah Almighty commands: We have fulfilled your desire that! Would that any Scripture had reached us, then we would have shown of following its commands fully, and we would have proved that we were better followers of the Scripture than the Jews and the Christians. Lo! Show now acting upon this Scripture (Holy Qur’an).