Narrative in respect of Joseph is very interesting

2.  Lo! We have revealed it, a Lecture (Qur’an) in Arabic, that ye may understand.

3.  We narrate unto thee (Muhammad) the best of narratives by means of this Qur’an which We have revealed to you though aforetime thou wast of the heedless. 1.  ‘Alif.  Laaam-Raa.  Tilka  ‘Aayaa-tul-Kitaabil-Mubiin.

Naqussu – (We narrate), this word is from q-s-s, origin of which is qussun and qasasa, that is to say; to narrate. Qasasa means “to narrate”, which is origin of Naqussu, actually it aims “to join the signs, incidents and events by linking properly, so that, from it; such results may be obtained which are required”. This way of narration is the best.

An aim is hidden into circumstances respecting Prophet Joseph’s (peace be upon him) series; which have been narrated here. Among the human beings, this method is often adopted that “Record of such person’s stirring deeds is illuminated who is required to be shown as a great person”. Actual object is to provide interesting stuff to the reader, and all such narratives are written under the heading “Stories”. But in this form, phraseology is astonishing. Incidents and events are true. Reflection of the feelings has been mentioned in such a way that a reader considers that he has been looking every thing at the spot. Fluency of speech is fully filled in the language of this Chapter. The cause is to teach the mankind that “What should one do if he is entangled in the whirlpool of desires?” Picture of every incident has been drawn separately, so that the reader and the hearer may learn any lesson from every incident. And his thought should be engaged easily in finding the result without desiring. And he may not feel any burden from this pastime. It is the reason that this Story is called “‘Ahsanul- qasas” (The Best of Narratives).

This Chapter was revealed in Makkah. With regard to arrangement, it is twelfth Surah of Holy Qur’an and it contains twelve Sections also, in which, story of Prophet Joseph (peace be upon him) has been described. Characteristic of this Chapter is that; in it, no other topic has been discussed save the circumstances and their results in respect of Joseph (peace be upon him), from which we can take many lessons.

Story of Prophet Joseph (peace be upon him) has not been described at any other place in the entire Holy Qur’an. Except Him, circumstances of other Prophets (peace be upon them) have been mentioned in different paragraphs at various places, but it has not been discussed even a word about Joseph (peace be upon him) at any other place in Holy Qur’an. In how much different circumstances had He lived in the world, did not come in front of any other Prophet (peace be upon them). Even those were such circumstances; by effect of which, actual feelings of a mankind come in motion. It becomes very difficult for a human being to control himself in the tempests of the passions. Some times, influence of others’ passion is also very strong on a person. 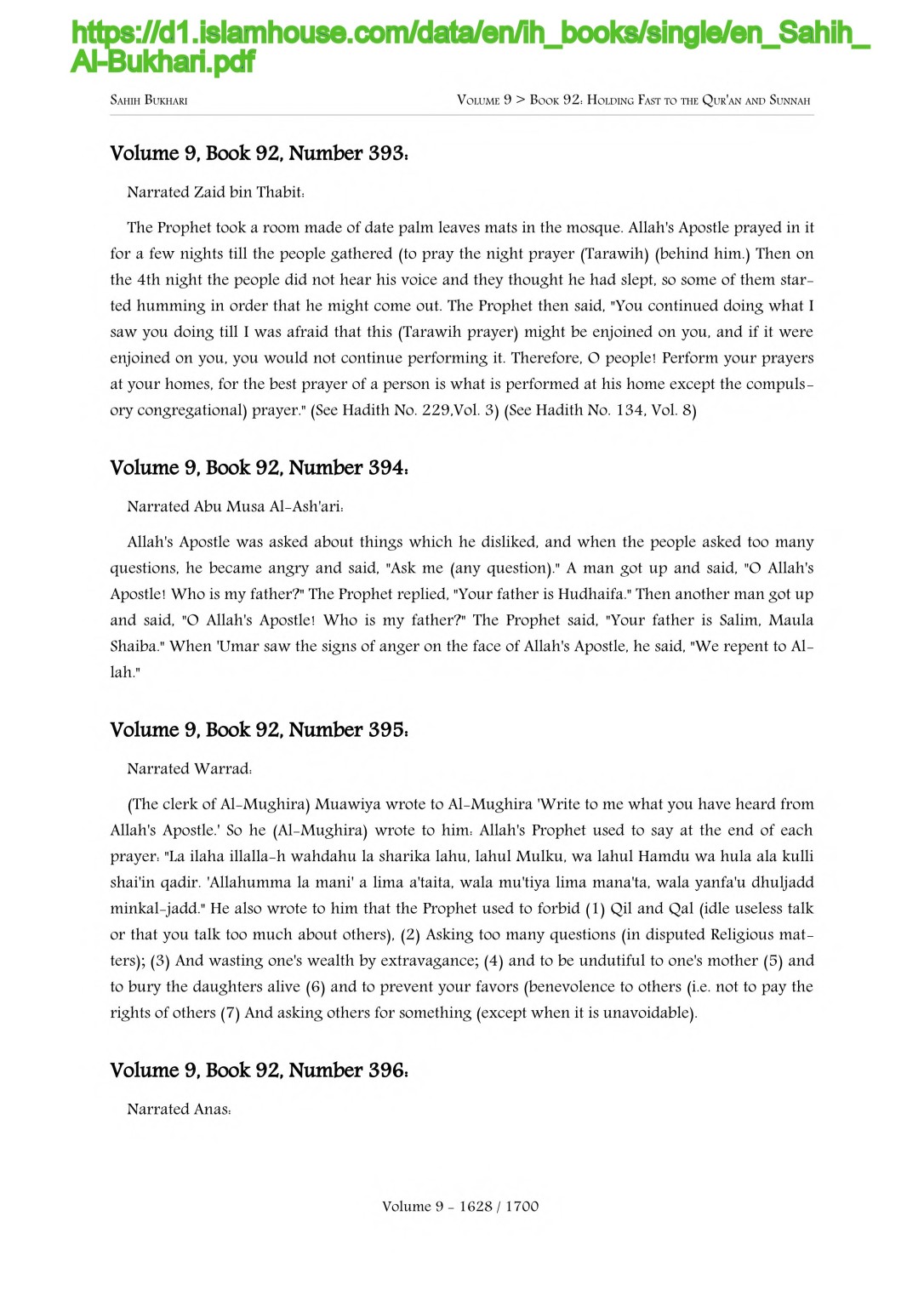