Profiting and hurting is in God’s Power only

Surah Younus (Jonah) (peace be upon him)

It has been described in the previous verses that Islam is collection of the articles of faith and deeds, and its aim is that the Belief should be made strong by causing to accompany the above  mentioned both things. The articles of faith are a form of knowledge, therefore, in other words, summary of Islam would be that knowledge and practice (both) should be molded on the correct way, so that by means of them; the Belief may be tried to make strong.

It is known from above mentioned statement that “Soul of Islam is Belief”, and its body is “correct knowledge and practice”. Portion of knowledge is called Tawhiid (Oneness of God), and portion of practice is called Religion. For entering into Islam, verbal admission of Tawhiid, and intention of molding one’s all deeds towards the religion Islam, is sufficient. If one have faith in Tawhiid (Unity); that is called Belief. As much the Certainty will increase, so much the Belief will be strong.

It is commanded: O Messenger (grace, glory, blessings and peace be upon him)! You should not call any person beside Allah, because only that Individual should be called Who may have power to profit or hurt, and it is useless to call such person who does not have power of profiting and hurting. Calling Allah only; makes the Tawhiid (believing the Unity of the Deity) strong, and by it, the Belief becomes perfect.

There are two separate portions of Tawhiid (Oneness):

Declining from belief in others

Surah Younus (Jonah) (peace be upon him)

It is commanded that after leaving self-invented gods of the people of the world and inclining unto Allah Almighty, it is duty of every Muslim that they should live in accord with the prescribed religion of Allah Almighty. Therefore, O Our Messenger (grace, glory, blessing and peace be upon Him)! You should teach the Muslims now “that they should hold fast the religion of God Almighty wholeheartedly; by giving up all other ways of dwelling, and cast their deeds according to it. However it is incumbent that you should think every time that you are saved from ascribing any partner to God Almighty. Your Belief will get promotion; if you will perform with such consideration, which is actual purpose of a Muslim’s life”.

We learnt from this verse that Islam is a collection of some articles of faith and deeds, from which; object of Belief is to be strengthened. Its summary is that one should believe in Oneness of God, which has two sides:

Prayers (prescribed by law), Fast (abstinence from food), Pilgrimage (Hajj) and Paying the poor-due (Zakaah) are permanent centres of all efforts and deeds of the Muslims. Increasing mutual cooperation and amity, learning and teaching good manners, stopping and preventing from evil deeds, disposing of affairs with justice, abstaining from oppression and violence, helping one another in good works, is very easy for us by remaining engaged in these works. By choosing this form of practice, we should bear in mind every time “escaping from all forms of open and hidden polytheism, and completing our belief in the Unity of the Deity”. It is the source of perfection in Belief, which is the last object of Islam’s entire chain, upon which; goodness of the Day of Resurrection depends. 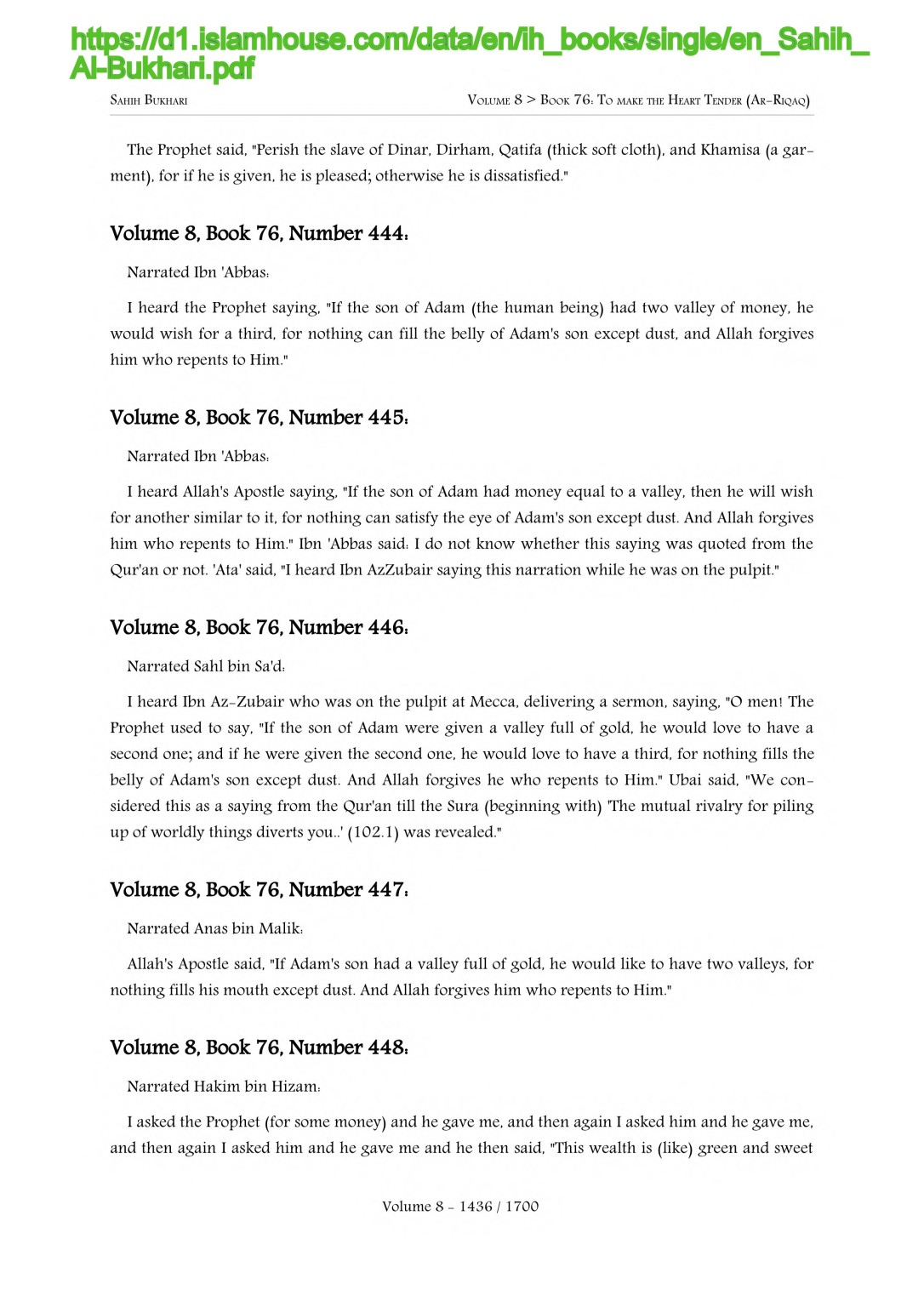