Tyrannizing and plundering others for the sake of wealth

The mania of hoarding money, wealth and property is mounted on the people since long. And nowadays; everyone desires nothing but to collect these things. This is a kind of madness, which has crossed the limits. Some very learned people say: Islam did not prevent any person from earning money, described only that you should pay the poor-due regularly @ 2-1/2%. Then, you can collect as much as you wish, there is no restriction. Every individual is free for earning, he can earn according to own will, however paying the poor-due is necessary. Then he can enjoy.

It is known after consideration that it is not the Spirit of Holy Qur-‘aan and the teachings of the Sayings of Messenger (grace, glory, blessings and peace be upon Him). Those people; who consider as mentioned above, their aim is “Earn the money well and eat, so that; you may be able to pay the poor-due and deserve the future reward of this virtue”, as paying the Poor-due and Pilgrimage were for persuading of hoarding.

The simple fact is that the money is for fulfilling own requirements, for example grains and clothes etc. Actual object is not money itself but a source of providing necessities of life. Therefore, every human being would have to receive easily as much money, by paying which, he may get the things of his comfort smoothly.

How must everyone receive this money? The way of it is that he should do any work or labor for welfare of other people, and as its compensation, he must be provided money in accordance with his requirement. It is the Code of Islam about the labor; that every person should work hard according to his ability, for providing advantage to the society. Moreover, he should not intend to earn money, but think that “I have been working for providing advantage to my other brothers, only for the sake of God Almighty”.

After that, it is the duty of those people, who appointed him for any work; that such person must be paid so much that he may pass his life comfortably at his leisure. This individual should spend this earning in his requirements without extravagance. This is his lawful earning. If some money has been saved from it, that should be sacrificed for the welfare of any other. And he may deposit it also. When this deposit reaches the capital of paying the poor-due, then he should pay it, which will be spent by the Government for help and support of the crippled, the helpless and the poor people. If even then, something is saved, then he should perform Hajj (Pilgrimage), on the condition that he has fulfilled other terms.

Which method of hoarding the wealth is in force nowadays, in which one has to tyrannize and plunder others, it is against the Spirit of Islam. With it; the money is deposited in a few hands, remaining people desire anxiously for necessary thing. From such wealth, the Poor-due, Hajj, and Alms etc. nothing is accepted by God Almighty, because this way is full of tyranny and oppression. 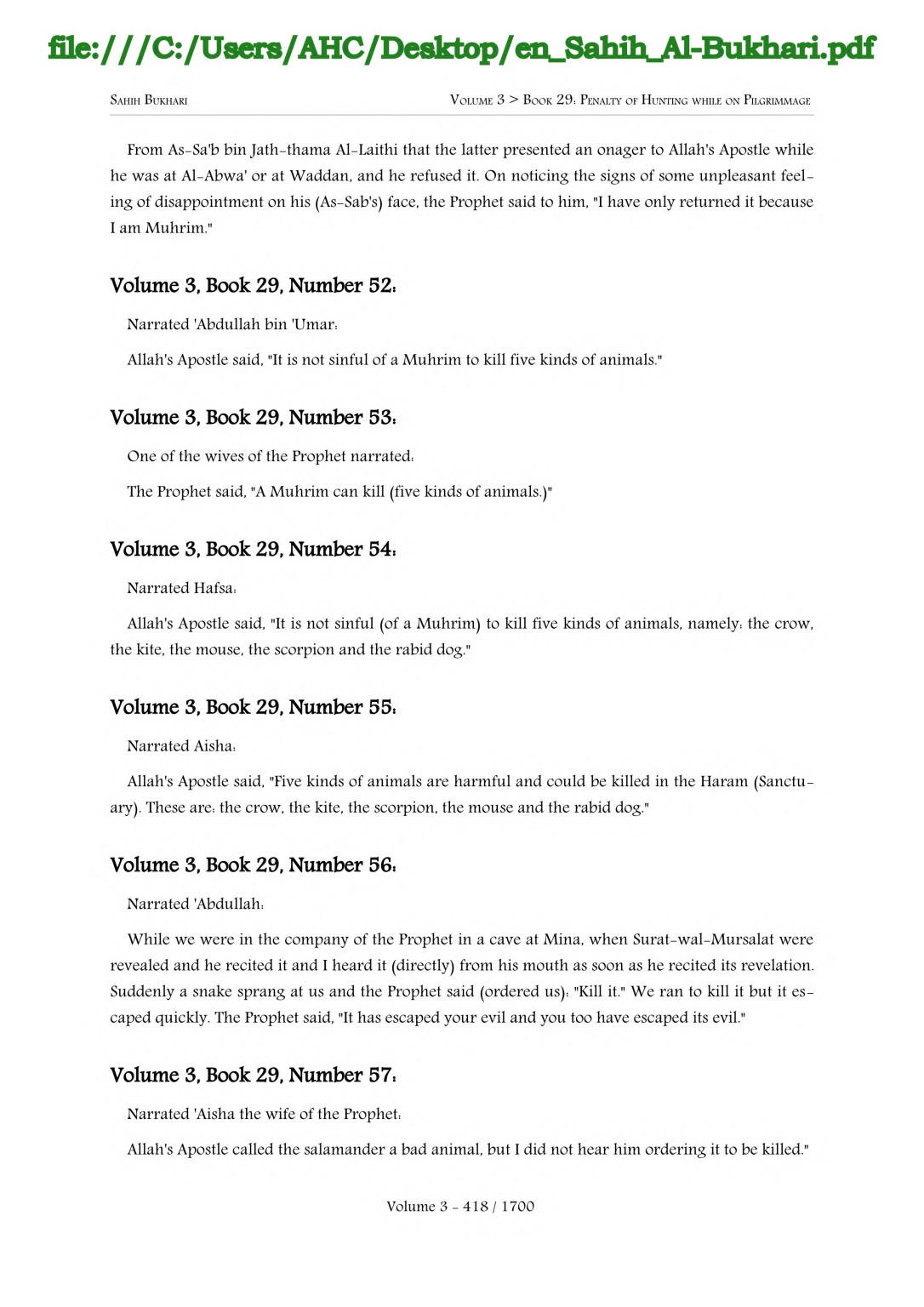