There is no God save Allah

‘Ahbaa-run – (the Rabbis), it is plural of ‘ahbar, which means “Wiseman, a priest of the Jew”. It also means “ink for writing, and pleasure too”. It has many other meanings; however, here it aims “doctors of law and religion of the Jews”.

ruhbaa-nun – (the monks), this word has been derived from rahab. Rahab means “Fear, dread, terror”. Ruhbaan means the person who fears. Another word raahab is for it, but hyperbole is more in the word ruhbaan. Both words mean “the person who gives up the pleasures of the world due to the fear of God Almighty”. Devout persons of the Christians are called Raahab or Ruhbaan.

It is commanded that the Jews caused to ascend their Rabbis and the Christians to their Monks; as much that they began to accept them as their lords and benefactors. And they began to fix Jesus; son of Mary (peace be upon them) as son and partner of God Almighty, and began to worship Him. It was their very bad act, because how can a human being set his worshipped to any other human being who has been produced also from the material things like him?

And even they were commanded very clearly that they must worship only one Worshipped – God. None is worthy of worship except Him. Then, how can be there any other worshipped? These all things have been created by Allah Almighty and their existence is by the Existence of God Almighty. He can annihilate all of them before passing over a moment, if He desire. Ascribing any person or thing as partner to Allah Almighty is extreme immaturity of the mankind, and it is His severe enervating (God forbid). That individual makes a partner of himself who needs help or support of any other in his work; and it is a fault, from which God Almighty is entirely Pure.

It is the lesson of “believing in the Unity of the Deity” (Tawhiid), which has been conveyed by every Prophet and Messenger (peace be upon Him) to His own nation during every era. Holy Qur-‘aan has made this testimony clear, and verified it with its own Stamp. Islam has no room of this matter that someone is ascribed partner or co-sharer of Allah Almighty in His some particular Attributes. God’s first Command is: Believe in God’s Unity of Himself and His Attributes. Neither bow before any other but God and nor ask any other except God for a boon. 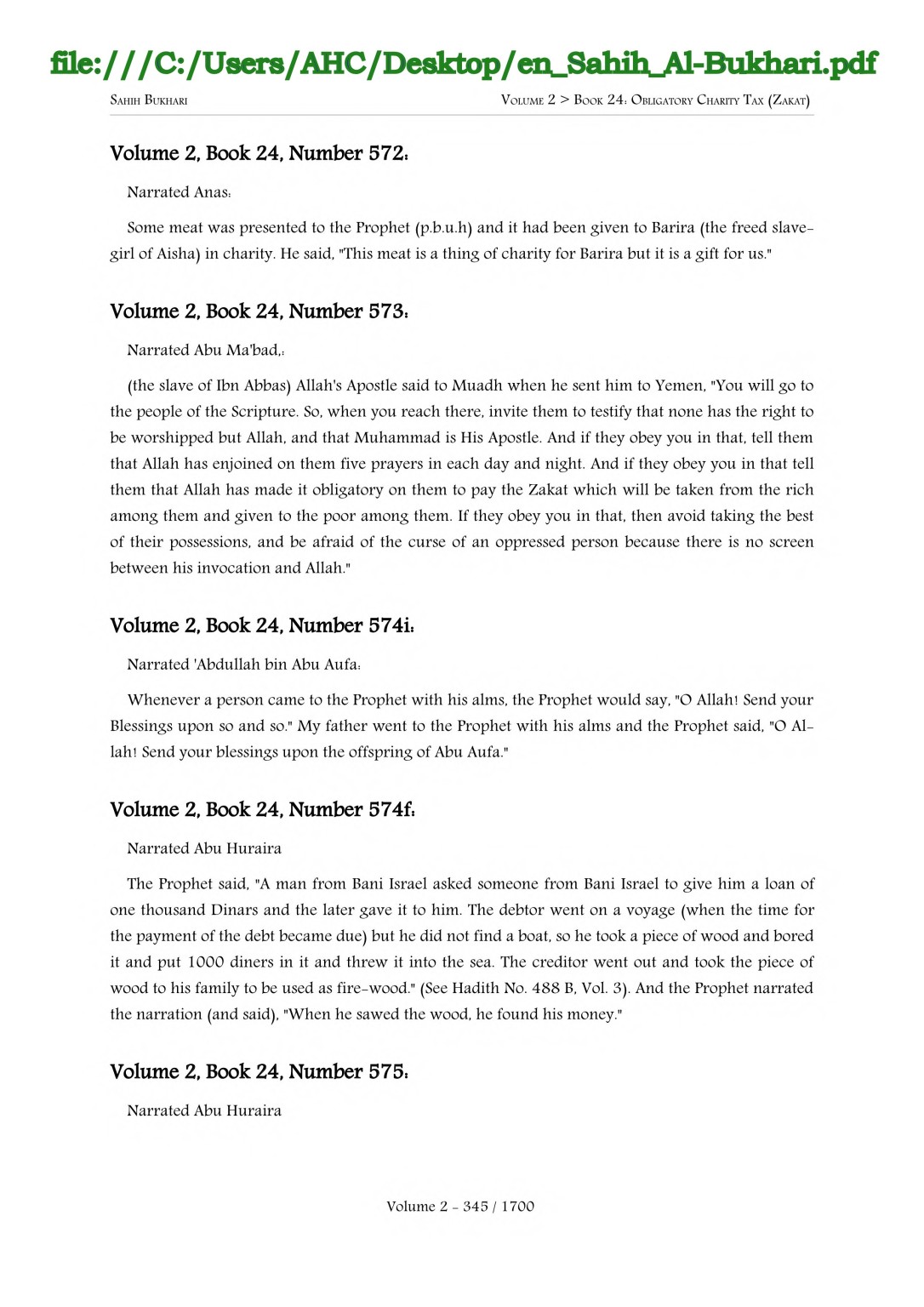