BisMIllaahir-Rahmaanir-Rahiim is not written before this Surah. Wrathful commandments have been mentioned in it concerning the disbelievers. According to setting, it is ninth Chapter of Holy Qur’an, whereas its number of Revelation is one hundred thirteenth. It was revealed in Madinah during ninth Hijrah. Before its revelation, Treaty of Hudaibiyah was made during sixth AH.

Reason of its revelation was that, when treaty was made with Qureish, then the tribe of Banu Khuzaa-‘ah made an agreement with the Muslims, and the tribe of Banu Bakr became ally of Qureish. After two years, Banu Bakr attacked on Banu Khuzaa-‘ah and they did not care that a treaty between their allies (Qureish) and Muslims had been made at hudaibiyah, and one of the terms of treaty was: Neither Qureish and Muslims will attack over each other and nor they will help the assailants.

The Qureish of Makkah helped the tribe of Banu Bakr with weapons etc. and it was obvious disobedience of the treaty of Hudaibiyah. Then it became necessary for the Muslims to help the tribe of Banu Khuzaa-‘ah in accordance with the agreement. Therefore, the Messenger of God Almighty (grace, glory, blessings and peace be upon Him) attacked on Makkah during eighth AH and conquered it very easily.

At the time of conquest of Makkah, the Muslims had different relationships with different tribes of Arab. Some of them were those; with whom the agreement was for a fixed duration. Some were those who made treaty without fixation of time. Many were such tribes, with which; there was no treaty or agreement. It was meant that by seizing Makkah, the entire Arabian Peninsula had been captured.

It was decided in the Knowledge of God Almighty that the entire Arabian Peninsula would be a strong Fort of Islam, where no other person would be able to interfere except Muslims, and by spreading the brotherhood of Makkah, it shall make the Arab one unity. Following incidents took place constantly to meet this goal.

Peace treaty was held during sixth AH. In eighth AH, the people of Qureish broke it by opposing the same term, and during the same year, the Muslims attacked on Makkah suddenly and conquered it. During ninth AH, the subject Surah was revealed, in which it was decided that the Muslims would be sovereigns directly of the Peninsula of Arab without partnership of any other.

Different verses of this Chapter have been revealed for different tribes and about different events. Abridged summary of it has been appended below: 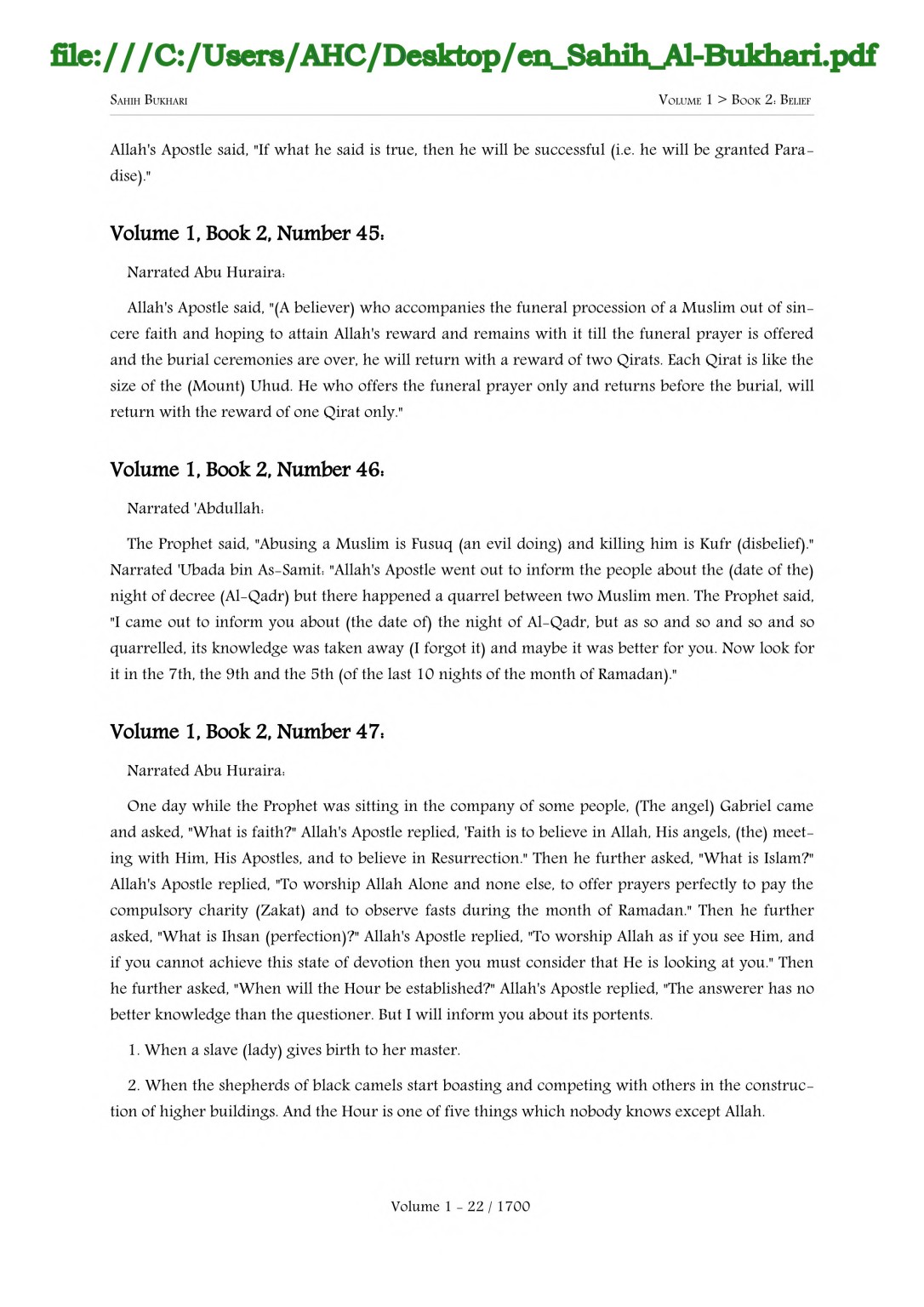