A short view of this Chapter – 2

Messenger of God Almighty said to them: Let Me preach for this Religion independently, whether you accept it or otherwise. But whosoever desires to accept it, let him do so. They did not agree even to this. At last, it became necessary to separate the both groups – the title of Believer was given to that individual who accepted the invitation of this religion, whereas that person was named “Disbeliever/Infidel” who did not accept. So, in this manner, two big groups came into existence for ever.

Then Messenger of Allah Almighty (grace, glory, blessings and peace be upon Him) immigrated to Madinah, and those Muslims who got this opportunity they reached there also with Him. In the second year of immigration, the Battle of Badr was fought; the necessity of compiling the Rules and Regulations regarding war was felt. If the people of Makkah had been straight; then there was no need of it. At that time, this Chapter of Holy Qur’an was revealed. The Battle of Badr was named as Furqaan (the Battle, which distinguished and separated the Truth from the falsehood); and it was told that due to stubbornness of the people of Makkah, the people have been divided today in two main communities i.e. Believers and Disbelievers. Which group is before you, that is united upon enmity with you and they think that they are organized. Opposite to them, you should be organized too. If they rejected the freedom of the religion, then, it is as they established the root of persecution and disturbance in the world. You should organize yourselves for disjoining the root of mischief, confusion and corruption.

Subject method has been described in this Surah in detail. According to this organization, a primary society was established in Madinah and that society began its work with effect from the Battle of Badr. And consequently, they conquered Makkah slowly and gradually. 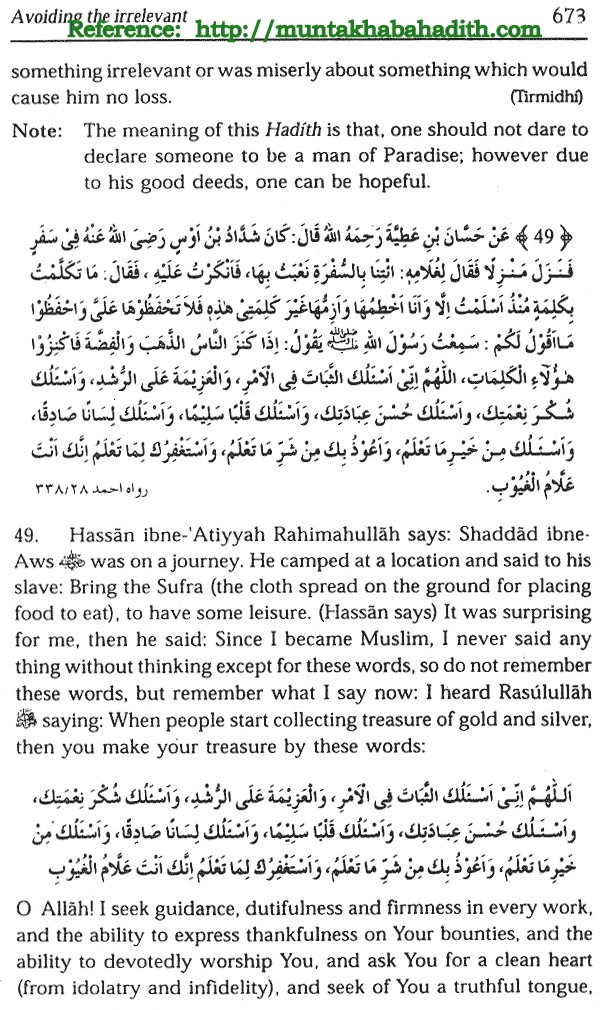