Disbelievers are a folk without intelligence

Harrizu – (to exhort, strongly encourage or urge to do something), this word has been derived from tahriiz, origin of which is harzun. Harzun means “to decrease, to wane”, as though; tahriiz means “precautionary measures against decreasing, waning and being dissolved and weak; so that it is stopped, as; marz means any disease, but tamriiz means “to take care of a sick person i.e. to manage for keeping off the disease”. In the same way; tahriiz means “to stop the disease” necessary meanings of which will be that “to excite the people for adopting such policies, due to which; moving unto destruction is hindered”. During those days, fighting was necessary for saving the Muslims from destruction. Therefore, the Messenger of God Almighty (grace, glory, blessings and peace be upon Him) was commanded to exhort the Muslims for it.

As it has been described previously that when the people become so much stubborn that they wish to mislead the people with force; according to only their own way of life, and they are not ready to provide opportunity of seeking the Truth and after finding; believing in it, and they do not refrain from their stubbornness, but molest the seekers of the Truth and grip up their loins to tease the believers, then there is no way for the Muslims except fighting.

They will fight till the time, until the freedom of adopting their chosen religion is not attained and the mischievous people do not refrain from their wickedness. God Almighty has promised in the previous verse: Those believers who will be ready to fight against the tyrants wholeheartedly, God Almighty will help them.

It has been explained in this verse that it is the occasion at this time; that the enemies are bent on persecuting you unjustly and they do not withdraw from their wickedness. Therefore, you should be inclined for fighting entirely, because there is a principle with God Almighty: God helps those who begin their attempt and help themselves.

It is commanded: O Prophet (grace, glory, blessings and peace be upon Him)! You should say to the believers! If you desire to be saved from the ruin then you must be inclined for fighting, because in it; there are benefits for you from beginning to end. If you are killed, you are martyrs, and if you succeeded then you are heroes and conquerors. So there is no reason of your cowardice.

If your enemies are ten-fold more than you, even then you should face them steadily, because after understanding; you are fighting for a great cause, whereas they are fighting without any cause, but only for the purpose that their leadership is established. It is an open sign of stupidity. Those people, who have so much low aim, cannot stay before the holders of the highest goal. 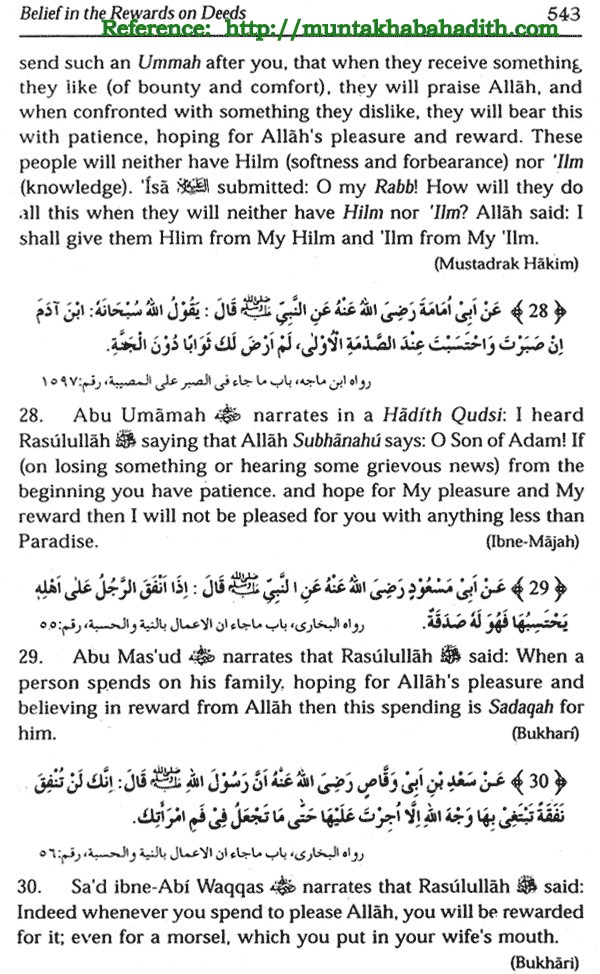