Remember the Commands of God’s Scripture 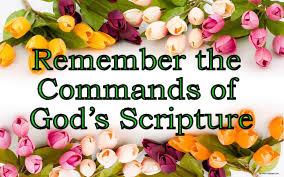 NataqNaa – (We shook, elevated), it is past tense, which has been derived from nataqun. Nataqun means “to raise, to lift, to pick up.

Zullatun – (a thatched roof, a sunshade, a shadow), this word is from zillun, which means “a shadow, or to afford shelter, to cast a shadow”.  Zullatun is the thing which overshadows above the head as any roof, shelter etc.

It was explained in the previous verse that the Children of Israel were commanded in Torah that they should act upon those commands which have been written in it and transfer them unto other people “as it is” correctly without any kind of change. They should not make any change in its commands for a little worldly benefit. The abode of the Hereafter is ever so much better than the world and that will be acquired by those people only who are abstinent. God Almighty says: We promise that We shall give full reward to those who will adhere to the Commands of the Scripture and establish worship wholeheartedly, and nothing shall be reduced from their reward.

It has been described about the matter also that they had made covenant that they will perform in accordance with all commands, and this covenant was taken from them particularly, so that; they should remember it always and would not have any pretense of forgetting.

It is commanded: When any special arrangement would have been managed for getting accepted from someone, then there is no reason of forgetting it. They should have in their mind that they disputed instead of accepting the obedience fairly. It was the reason that Allah Almighty shook the Mount above their heads, as if it were covering, and they supposed that it was going to fall upon their head.

They began to tremble with fear and were confident that the Mount would fell upon them if they did not accept at the spot and they would have been pressed under the Mount. In this condition, they were ordered: Hold fast that which Commands have been mentioned in this Scripture (Torah) and bear in mind every time that it was the only form of their being abstemious. If they did not do so, then they would live nowhere.

This terrible scene of the Mount was produced for the purpose that they should remember it forever and that the covenant would come in their mind also which they made, because with which happening; any uncommon incident is paired, that cannot be forgotten easily.