Better abode for those who ward off evil 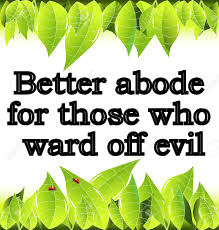 Miisaaqul-Kitaabi – (the Covenant of the Scripture, the Instructions mentioned in the Holy Book), the aim from Kitaabi is Holy Torah. Miisaaq – such Command, which is affirmed by the listener that he accepts it.

Darasuu – (they studied), it is a past tense which has been derived from dars. Dars means “to learn, to acquire, to study, to read”. The word tadriis has been derived from it also, which means to teach, to instruct, to discipline”. A word “Mudarras” is from its origin too; which means “the teacher, the school-master. Madrasah is also from dars, that is to say; a place of education i.e. School, College, Academy, Seminary etc.

It was described earlier that the true Words of Allah Almighty and His clear Commandments are entirely changed by the Children of Israel as and when they see any slightest worldly benefit. If any individual criticizes them, they put it aside fearlessly and say: We understand the Scripture of God. If any other desires to understand, he should approach us. We cannot commit any mistake. It is the consequence of this kind of thoughts that every individual considers: I have more knowledge than others. And he wants to assert his own point of view.

These people have studied the Scripture and understood its commands. Now changing the Commands of Allah Almighty intentionally is just like breaking their covenant. Those people who fear God Almighty, they should bear in mind more about the Day of Resurrection. The Hereafter is better than this world. At last, have they been dull entirely of understanding? Allah Almighty says: We shall not squander the reward of those who adhere to the Scripture and establish worship regularly because they are righteous people.