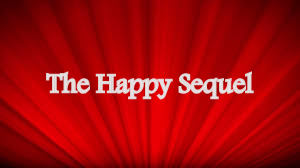 ‘Aaqibatud-daar – (the happy sequel, consequence of dwelling at home), the word ‘Aaqibah has been derived from ‘aqab, which means “behind, after one’s absence” and daar means “abode, home, dwelling”. The aim from daar is “this home” that is to say; this world. Grammatically ‘Aaqibatud-daar is “the noun possessed”, and “the noun or pronoun in the possessive case” i.e. the thing, which will come after the end of this worldly home.

It was described first that Allah Almighty has set an appropriate complete Way for the humankind with His Mercy, moving on which, an individual can reach his destination easily. In this verse, Allah Almighty has commanded His Messenger (grace, glory, blessings and peace be upon Him) that He should tell His nation: Now you are free to work according to your will. You will come to know shortly for which the end will be good (us or yours), but you should keep this rule in mind always that the tyrants can never be successful.

Thus everyone will come to know the Truth at the end that who did good work, got deliverance and went to the Paradise, and who committed evils, tyrannized himself and others and was punished properly.

Those people, who have been addressed in this verse, were infidels and idolaters of Makkah, and there were no such signs that the rich and powerful people can ever be defeated. But after a few days i.e. in the Battle of Badr, entire people saw its consequence that what happened? And it was the result of their wicked deeds. But still that Doom has been set aside which they will suffer after the expiry of this world, in the Day of Resurrection. Even the Saying of this verse has been proved true; certainly, it will be proved true there (in the Hereafter) too.