The Oppressed Should Migrate to Any Peace Place

98.  Except the feeble among men, and the women, and the children, who are unable to devise a plan and are not shown a way- 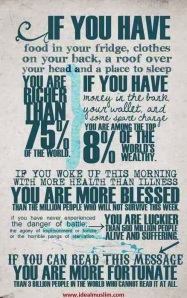 It is the abstract of above mentioned verses that after embracing Islam and believing in Holy Qur’an as a Guide, they do not have any sense of seating calmly. Those persons have been related in these verses with evil-doers, that is to say; tyrants for themselves, who keep belief in their hearts, but do not act upon the orders of Holy Qur’an fairly. They are spoiling their own. The Angels (peace be upon them) will ask from such people at the time of their death, “While truth of Holy Qur’an was manifested upon you, then why are you dying empty-handed today”? Why do you not have good deeds with you? Then their eyes will be opened. They will not be able to compose any reply. Lastly they will say, “While we were suppressed from others, then what would we had to do? We did not have power to oppose those people. We were weak, old and helpless”. Then the Angels (peace be upon them) will say, “What a strange thing? The earth created by Allaah Almighty was lying too much spacious. You would have left that land of tyrant people and migrated to any place of peace. There you could get opportunity to act upon the religious teachings without hindrance. At this stage they would be unable to reply because it was their own fault. It has been commanded here that abode of such people is Hell, which is the worst place for living. However, ill males, women and children, who neither can think about any plan, nor they know about any path and nor they are able to work, their apology can be accepted and hopefully Allaah Almighty will forgive them.