An Awful Doom for the Killer 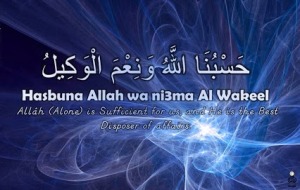 Raqa-bati – (neck), here aim of this word is ‘slave’, because slave’s neck remains in his master’s hands.

Di-yatun – (blood-money), that is to say; the amount or part of wealth which is paid to the family of the slain person.

Yas-saddaquu  – (they remit, exempt), the word is from sadaqah, which means charity. Its object is that if the heirs of the killed person forgive the killer and do not get blood-money from him, then it will be charity from them.

Shah-rayni  mutataa-bi-‘ayn – (two consecutive months), it aims that no day should be left without fast within two months.

Muta-‘ammidan – (intentionally), it has been derived from the word ‘amada, which means ‘intention, attempt, willing. Qatli-‘amad means willful murder or homicide, because punishment of unknowingly murder is different from this type of killing.

Heretofore, the Muslims were instructed to fight against mischievous and treacherous hypocrites, and it is possible in the war that any Muslim is slain erroneously or unknowingly. So punishment of this type of murder was mentioned.

It was commanded, “It cannot be expected from a Muslim that he will slaughter any other Muslim intentionally. However, if it has been done so erroneously, then it should be observed:

If the killer is poor, neither he has any slave or bond-woman to set free, and nor has wealth for paying blood-money, then he should fast for two consecutive months without vacant. Then his repentance will be acceptable because this is not such a crime which may be forgiven so easily. Suffer upon your own body as penance of murder and fast two consecutive months without leaving any day beside fasting, if you do not have wherewithal (blood-money) to spend.

In the next verse, punishment for that believer has been described, who kills any other believer intentionally and voluntarily. This is the crime from which nobody can get rid of through penance. Its punishment will be given on the Doomsday. The killer will be thrown in the Fire of Hell. He will abide there forever. The Curse and wroth of Allaah Almighty is upon him. He has prepared for him an awful doom. This torment is separate from that punishment which will be suffered by him in the world i.e. taking kisaas (blood-money) from him. The command regarding retaliation (Kisaas) has passed in Surah Al-Baqarah (Chapter: The Cow).