Forsake Homes in the Way of God 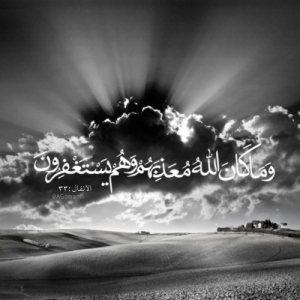 Munaafi-qiina  – it is plural of Munaafi-q that means hypocrites, which are being discussed since many lessons back. They are called hypocrites, whose outward appearance and inward qualities are not uniform, whose outward behavior is only for show. In the beginning of Islam, these people were of two kinds.

Now discussion about the second kind of group begins.

In the beginning of Islam, some people had not embraced Islam, but they used to tie friendship and love with the Muslims. They desired that whenever Muslims fight against the infidels, then they should leave them considering their friends, and their wealth and lives might remain safe. When it was known that their aim is only to save themselves from any kind of loss and to hurt the Muslims, then the Muslims became two parties. One of them used to say, “Leave to meet the fiends of their own intentions cordially”. The other party used to say, “What do they mar us? May be some of them become Muslims in imitation”.

It has been declared in this verse that it was useless to meet the selfish people cordially. Their deeds are too much bad that Allaah Almighty has kept them deprived of such blessing like Islam and returned them toward infidelity. Nobody can guide them towards the Straight Path, to whom Allaah Almighty sends astray due to punishment of their bad deeds. Actually, they wish to bring you also back to infidelity. But you have embraced Islam and even left your birth-place. Therefore, as long as they also do not leave their native land and do not become ready to sacrifice their wealth and property, wives and children, rest and comfort (even everything), you should never make them friends.