Consorting With Wife In Kindness 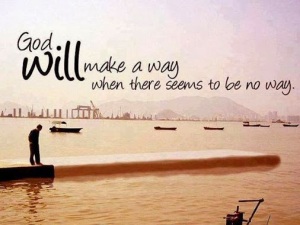 After telling about the lewdness and its punishment, now that tyranny of the ignorance is being obstructed which used to be upon the women. There was prevalent in to them that whenever any male died, then either deceased person’s step-son or brother or his any heir used to take hold of his wife. If he wished, either he used to marry her or keep her in his house without marriage, or let her married to some other male and used to get her Mahr (the money or its value incumbent on the husband) from him, or keep her in his own custody entire life and used to become heir of her wealth and property.

It has been ordered in the Holy Qur’an that whenever any male expires, then her wife have authority about her marriage. Any brother or heir of the person died has not this power to get married with her forcibly. If the woman be guilty of flagrant lewdness then she should be stopped. Otherwise, you should consort with the women in kindness and good behavior. If you do not like any habit of any woman, then have patience. It may happen that she would have much good. You do not know that what Allah Almighty has kept gain for you in to her. Personal sense of the human being is weak and knowledge is limited. Knowledge of Allah Almighty is much vast and unlimited.

Advantages Of Positive Thought: Positive thinking means, “Meditate in sound sides also if you find any form of badness in any work or thing because it may happen that goodness have more better sides in to it than its bad sides or sound side may be more useful for you”. For example; one’s wife is ugly but she has good children from such male. Then the result will be that his wife will slip away as well as his children will also be left and he would face such bitterness, mental torture, war for getting his children and fights for rights during remaining entire life that he will never feel relax.

Likewise, any person has been appointed in an office but he is not liked. Nevertheless, due to him, the system of the office is running very smoothly. Now although it is not liked to keep him in service, but kicking him out only due to unlikeness will ruin the entire system. Therefore, it is much better to bear such person keeping in view his/her advantages on such appointment.