Punishment Of Lewd Male And Female 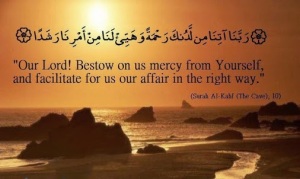 ‘al-faahi-shata – (lewdness), this word has been derived from Fahash which means ‘obscenity’. faahi-shah has two meanings the shameless and the sinful woman. As per dictionary, each such word and deed is called Fahash, which is bad, and mention of which is unpleasant to say and hear. Probably due to this reason, the word faahi-shah has been used for an unchaste woman.

‘as-tash-hiduu  ‘alayhinna  ‘arb- ‘atam-minkum –  (call to witness four of you against them), as much as the shamelessness and lewdness is an abject and dangerous crime and as much as its punishment is severe, exactly that much caution in its  announcement and punishment is necessary. It has been commanded here that for the determination of evidence and punishment of this offense, you would have to bring four of you witnesses against them. In common matters, only two witnesses are enough but in the case of fornication, four witnesses have been obliged, and in addition, those witnesses should be Muslims, and not non-Muslims.

This verse has been explained as, “There is a need of four witnesses to punish the woman if she is caught in the case of ‘al-faahi-shah (lewdness). After evidence, her punishment is to confine in the house, until either she does not die, or Allah Almighty do not provide any other way for her.”

Punishment For The Guilty Men Of Sodomy

‘Allazaani – (the two men of you), in the earlier verse there was order for punishment to the women who are offender of lewdness and sinfulness. In this verse, the punishment of guilty men of sodomy has been described. The word ’Allazaani signifies towards the male. The commentators of Holy Qur’an took its meaning as those two men who are culprits of homosexuality or those men who commit lewdness with any woman unlawfully.

‘aazuuhumaa – (punish both of them), the words ‘aziy-yat, ‘iizaa etc are from the same origin which mean oppression, annoyance, hurting and pain, etc. In the meanings of this word, every type of trouble, difficulty and suffering are included. It was proclaimed to punish the lewd women by confining them in their houses. The punishment for the guilty men has been prescribed in the second verse as to torture them, and responsibility of its fixation has been given to the person, who has Power of Divine Law of Religion (the Muslim Ruler).

Allah Almighty has prescribed the punishment of fornication as one hundred whips as per Surah Nuur in Holy Qur’an and commanded that neither this punishment should be lessened, nor softened, but it should be punished publicly before entire people. Apparently, these physical punishments by Islam seem very severe and tough but in fact, nature of crimes demands these types of punishments. Secondly, these punishments prevent the crimes resultantly, whereas, light imprisonment and punishment of penalty of present times has become cause of increasing the crimes Instead of decreasing them.

Islam wants rectification and correction in the world. Therefore, it considered these crimes as very bad acts, and prescribed their punishments as much severe that they would remove the crimes and the evils would end from the world.

It has also been commanded, “Leave the criminals of lewdness whenever they repent and reform.” Explanation about the Repentance has been stated many times earlier, that is to say, confessing one’s mistakes by feeling them as bad and admitting to leave them. In the verse, “Correction and Rectification” has also been determined necessary with the repentance for more emphasis. After that, the good news has been given to the persons, who repent that Allah Almighty is Ever-Relenting, and most Merciful. We should remain hopeful of His blessings always.