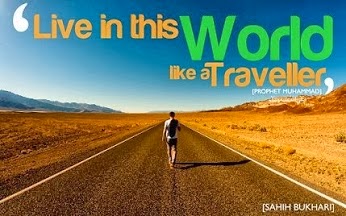 The rights and concessions about orphan children were mentioned in the previous verses. Even that Allah Almighty cleared most petty affairs, which belonged to it, viz. The Mahr (the money or its value incumbent on the husband) of orphan girls should be given without fail, their training and bringing them up should be supervised properly. They should be looked after constantly until they reach the marriageable age. Their property should not be misappropriated. Their wealth should not be finished quickly due to the fear of their adolescence. And when the time of returning the property comes because of their becoming matured, it should be done formal in front of the witnesses.

Before the apostleship of the Messenger of Allah Almighty, Muhammad (grace, glory, blessings and peace be upon him), it was a tradition that the daughters could not get the share from the inheritance, either they might be little or older, including the sons who might not reach the marriageable age too. Only the elder sons, who were able to fight against their enemies, were considered heirs. It was the main cause that the orphan children were not given any part of share from the inheritance. This verse was revealed about those people. It has been ordered that the sons either they are adult or little, they will get the share from the hereditary property of parents and near kindred as well as the daughters whether they are adult or little, will also get their share. This verse has finished the traditions of the period of ignorance and safeguarded the rights of orphan children, violation of their rights has been stopped. Detail about fixation of the share of right from the property of a deceased person will be discussed in the next section.

The Heritage Law of Islam is incomparable and has an Exemplary position in the world. Only the sons are considered sharer of the wealth of any deceased person in the maximum countries of the world. No share is given to the daughters. At some places, only elder and adult sons out of the children are imagined rightful heirs and successors.

Islam produced a perfect pattern of justice and equity, fixed the lawful and rightful shares of daughters also like the sons and of the women like other heir men too. The non-Muslims are being necessitated also to accept this Law of Islam in this reign of justice and equation.