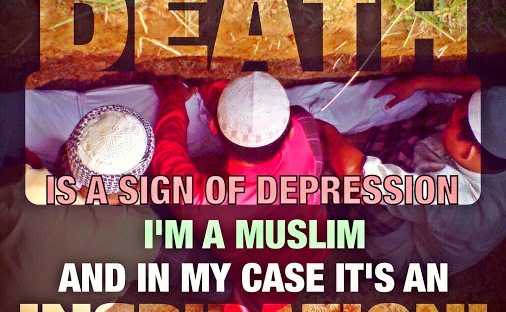 It was told in the previous verse that which more rein of prosperity has been given to the Infidels, that is not a proof that they have become graceful near to Allah Almighty. Now it is being described, “It is not true also that the Muslims have suffered disasters and unpleasant events, therefore they have incurred displeasure of Allah Almighty. Actually, Allah Almighty does not want to keep the Muslims always in their present condition, in which state they remained until now”. That is to say, many Infidels used to play the game of hypocrisy in the cloak of Muslim-hood. They have been staying on infidelity while they used to recite ‘Kalimah’ (the Muslim confession of faith), “Laa ‘ilaaha ‘illAllaahu, Muhammad-ur-RasuulAllaah” (there is no (other God) but Allah, and Muhammad is His apostle) (grace, glory, blessings and peace be upon him) from their mouths. And they remained mixed up with the Muslims to deceive them. Moreover, Allah Almighty produced such circumstances to save the Muslims from the deception of Hypocrites due to which it might be distinguished between the pure and the impure, and separated the good from the bad.

Although, it was very easy for Allah Almighty to disclose the names of Hypocrites without putting the entire Muslims in trial, but it is not suitable according to the advisability and sagacity of Allah Almighty, that He manifest such concealed matters to the entire people. However, He picks Messenger/Prophet out of the humankind for this purpose and tells them the knowledge of mysteries as much as He wishes.

It also appears from this verse that the knowledge of mysteries is not delivered directly to all the people, but only to the Prophets and Messengers, (peace be upon them). You have to do only, “Believe in the Word of Allah Almighty (Holy Qur’an), Sayings of His last Messenger Muhammad (grace, glory, blessings and peace be upon him) and choose the life of sobriety. If you did so, then comprehend that you have gotten every thing. Then there will be a vast reward for you”.