Map Of The Battlefield – Battle Of ‘Uhud 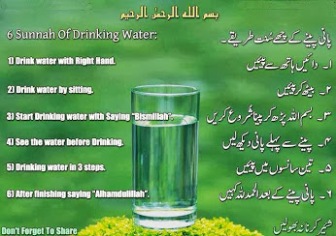 taaa-‘ifataani- (Two parties), aim from these two parties is the people of those two tribes ‘Banu Harthah’and‘Banu Salmah’, who had become broken hearted and almost fallen away at the time of Battle of ‘Uhud.

The plan of the battlefield has been described in the pervious lesson. You have read it earlier that the total numbers of Muslims were just one thousand against three thousand Quraysh braves. Three hundred Fraudster Hypocrites returned in the way out of those one thousand with their leader ‘Abd-Allah ibn Ubayy . it was not extraordinary thing for feeble-hearted persons to be worried observing this situation. The people of Banu Harthah’and‘Banu Salmah became perplexed and thought, “What will happen now?” Allah Almighty raised feelings of ambition and courage in their hearts, and expelled the concept of deficiency and majority of manpower from their hearts.

The Muslims advanced with such power of trust in Allah Almighty that the spirit of Infidels ended and they began to run from the battleground. The Warriors of Islam began to arrest them and collect their equipment. When the fifty archers, appointed at the hill-pass, observed this situation, they also involved in it. Even they forgot the warning of Holy Messenger (grace, glory, blessings and peace of Allah Almighty be upon him) and did not care too their leader’s advice.

Khalid bin al-Waleed  had not yet embraced Islam. He was leading the enemy’s Army (of Meccan Infidels). As soon as he observed that the hill-pass was without the archers, he collected his deserting companions, attacked with their help from that side and changed the map of battle. The Muslims were confused and they suffered with many casualties. Even the Messenger of Allah Almighty (grace, glory, blessings and peace be upon him) personally was wounded.

The Muslims drew up in a line again. They advanced and engaged in a desperate undertaking once again, beat the Quraysh braves and drove them back. The world knew that deficiency or surplus manpower had no value in the battlefield, but the steadfastness and patience of the crusaders, success and support of Allah Almighty are of use.