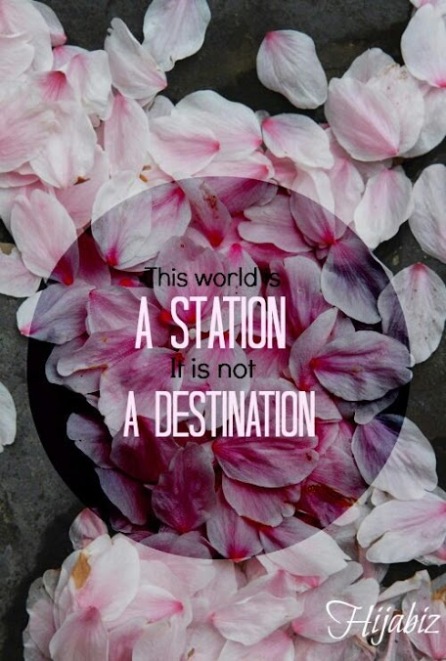 laa  tunkihu – don’t marry (your daughters with idolaters), here Muslim men are being addressed that “don’t give your daughters in marriage to idolaters”. This order is not being delivered direct to the women that ‘do not wed idolaters’. Reason is clear that marriage of the girl/woman is arranged always through her father or patron/guardian.

‘ilan-Naar – towards the Fire, that is to say they call towards the faiths and acts, end of which is Hell.

‘ilal-Jannati  wal-mag-firati – unto the Garden, and unto forgiveness, namely God Almighty induces towards Belief and Islam, and Admonishes to adopt the way of life which leads to the Paradise and forgiveness.

bi-‘iznih – by His Grace, ‘izn means power, intention and sanction.

It was commanded to the Muslims in the first part of the verse, “Wed not idolatresses till they believe” though you like them very much. Now it is being ordered in this part, “Give not your daughters in marriage to idolaters till they believe”. Scholars have explained that if the husband has rejected Islam then his wife will not remain any more his life partner. Their marriage which was till now lawful will unlock automatically immediately. And this woman can wed any Muslim after completion her Iddat. It has also been explained that if the husband and wife (both) were already Infidel and now the wife has become Believer then there is no form of remaining wedlock except that the husband also embraces Islam.

Now it has been cleared again that though the idolater please you much, in each condition a Muslim slave is better than a non Muslim, because which results of marriage  with idolater declare, those are very frightful. The idolaters will preach much worse and that will become cause of throwing you in to the Fire of Hell.