Deeds Will Be Reckoned

We have recited about two kinds of the people in the previous verses of Holy Qur’an:

The result of these second kind of persons has been mentioned in today’s verse. That is to say, “the good remuneration will be bestowed as recompense of these persons’ good acts”. They will be kept away from the Hell as they wish. They will be forgiven on mistakes and errors, the room will be made for them in the Paradise and they will see that after the life of the world there is also another life in the Hereafter. Wealth and valuables of the world are nothing against the tastes of that life. Facilities, honour and dignity of the world all are casual and transitory but comparatively the blessings of Paradise will be everlasting, peaceful and comfortable.  `

Saying the word Sarii-‘ul-hisaab the God Almighty has warned those people who don’t believe the Hereafter and pray only for the world, that Allah Almighty is Swift at reckoning. The Hereafter is not at much distance. On that Day they will see that how much they remain in loss due to begging remuneration of their acts only for the world, forgetting the Hereafter. On the other side the God Almighty has pacified those persons with this sentence, who believe the Doomsday, and wish to get the success of this world as well as the Day of Resurrection. They have been told that they will get the entire remuneration of their good deeds. So they should remain matured on their passage. At first the God Almighty has mentioned the world and then recitation about supplication of the Hereafter has been stated. That is to say, Islam is not against the world, and moreover it desires that the works of the world should be done with the concept of the Hereafter. 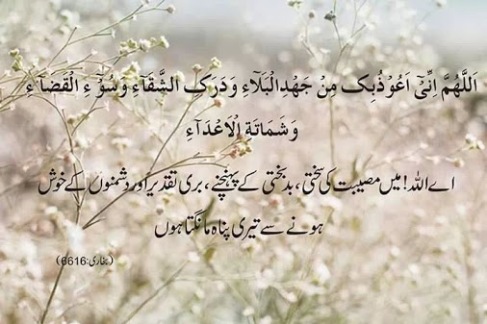 1 thought on “Deeds Will Be Reckoned”