The Kufans start deserting one by one

One by one the Kufans deserted Muslim ibn ‘Aqîl under the gates of the governor’s fort. At sunset he was left with only 30 men. He led them in Maghrib, and then moved away to the doorway of the Kindah quarter of Kûfah. He went through that door with no more than 10 men, and before he knew it, he was all on his own in the streets of Kûfah. Of all those who had so anxiously and enthusiastically written to Hussain to come and lead them in revolt against Yazîd, and out of the 18 000 men who but days before placed their right hands in his, solemnly pledging allegiance to the cause for which they had invited the grandson of Rasûlullâh (grace, glory, blessings and peace be upon Him), not a single one was there to offer Muslim ibn ‘Aqîl the solace of their company or refuge from the night.

Eventually, parched with thirst, he knocked at a door. The occupant, an old lady, took him in when she learnt that he was Muslim ibn ‘Aqîl. She hid him away in her house, but her son, from whom she extracted a promise not to tell anyone of his presence there, waited only till the morning to take the news to the governor’s residence. The next thing Muslim realized was that the house was surrounded. Thrice he managed with his sword to drive the attackers out of the house, but when they started putting fire to the house he was forced to face them outside. It was only when ‘Abd ar-Rahmân ibn Muhammad ibn al-Ash‘ath, one of those sent to arrest him, promised him the safety of his life, that he lowered his sword. It was a mistake, for they took away his sword and mounted him upon an ass to be taken to Ibn Ziyâd.

Muslim knew his death was at hand. Tears flowed from his eyes, not at his own fate, but at the thought of Hussain and his family (radiyAllâhu ‘anhum) traveling through the harsh, merciless desert towards a fate much more harsher and merciless, to an enemy firmly resolved to bring an end to his venture, and to the most treacherous of partisans whose desertion at the hour of need had brought his life to this tragic end. He begged Ibn al-Ash‘ath to send someone to Hussain with the following message: “Ibn ‘Aqîl has sent me to you. He says to you: ‘Go back with your family. Do not be deceived by people of Kûfah. They are those same supporters of your father from whom he so dearly wished to part, by death or by being killed. The Kûfans have lied to me and have lied to you, and a liar has no sense.’ ”

Later that day —the Day of ‘Arafah, the 9th of Dhul Hijjah— Muslim ibn ‘Aqîl was taken up to the highest ramparts of the fort. As he was being led up, he recited the tahlîl, tasbîh, takbîr and istighfâr. His last words reflect his intense disappointment with the people of Kûfah, “O Allâh, You be the Judge between us and our people. They deceived us and deserted us.” From high upon the ramparts his head fell down in the dust, in full view of those whose invitations and oaths of allegiance had given him so much to hope for, but whose cowardice and treachery had left him with nothing but despair. And Hussain (radiyAllâhu ‘anhu) was on his way…

‘Ubaydullâh ibn Ziyâd had entered Kûfah with only seventeen men. For each man that came with him there was over a thousand who had taken the oath of allegiance at the hands of Muslim ibn ‘Aqîl. Yet not a single sword was raised in his defense. Not a single voice had the courage to protest his execution. And these were the same men who had been telling Hussain (radiyAllâhu ‘anhu), “Come, we are with you.” 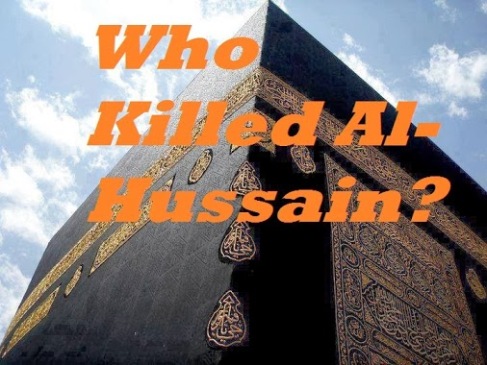