The Battle And Expatriation

‘Uq-tuluuhum – (slay them, kill them) hum means those persons who have come out for battle. This command is not for all the times but it is only for the duration of the war.

min  hay-su  ‘akhrajuukum – (the places whence they drove you out) it signifies towards Makkah – the Infidels and Idolaters drove the Muslims out from Makkah.

It has been commanded to slay, to fight and to strive in this verse. The enemies of Islam remain in endeavour that the Muslims may not raise,

They should be removed from the face of the earth. Therefore the existence of these like enemies is the cause of danger every time for the Muslims. So wherever the Muslims overcome upon them, if they don’t like to live as peaceful citizens and don’t shun from the wickedness then ‘slay them’.

The Prophet Abraham (peace be upon Him) constructed the Temple of Makkah (Baytul-laah, Khana Ka’-ba) for the purpose that all the persons of the entire earth should come for purely worship of the God Almighty. His real heirs were the Muslims, because only they were the representatives of the religion of Abraham (peace be upon Him) out of the entire nations, and were regular on the Divine of God Almighty and the true religion. The Muslims wished to make it the centre of the Religion Islam from the beginning. But the Infidels and Idolaters opposed the Muslims. They stood in their way, prevented them to say the truth, oppressed and tyrannized them. Even that they exiled the Muslims from Makkah.

Leaving their native land and the centre the Oppressed Muslims came to Madina for living.  The Infidels didn’t let them remain also  in peace there, did different types of conspiracies, continued vexing and to go against them, prevented the Muslims from Pilgrimage, hindered extremely in Islamic invitation, and began attacking on the Madina. In these circumstances, the Muslims were ordered to slay these types of Infidels wherever you find them. And exile them for getting back your native land and spiritual centre, because their harassments have crossed the limits.

Life of a Muslim is the correct model for the humanity. He is follower of the natural religion i.e. Islam. He is a flag-holder of excellent manners with his word and deed. Being pattern of the perfect humanity he should be provided the right of living with complete freedom. The Islam neither snatches freedom of anyone, nor can sacrifice its own freedom, nor can tolerate like this any constitution, way of life and system which might be peace-breaker, false worshipper, enemy of God, and cause of dishonour for the nobility and humanity. 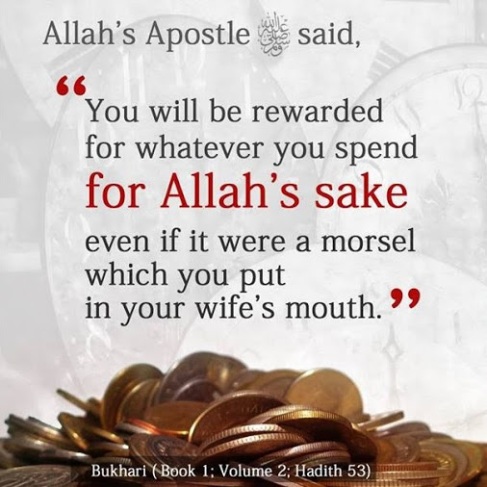