Allah Desires Ease Not Hardship For You

This fact has been disclosed in this verse of the holy Qur’an that the Natural Religion i.e. Islam is very easy and simple. Islam does not desire severe hardships, arduous labors and impracticable worships. Moreover a lot of capacity and countless facilities have been kept in Islam. Weak pressed persons have been conceded. There is none likewise command in the Divine Law of Islam in which consideration regarding circumstances, age, health, season and other compulsions and difficulties of the human being would not have been kept front.

It was commanded in the previous verse that whosoever out of you is present during the month of Ramadan, let him fast. Perhaps it might be considered by some persons that the entire persons have come under this command and there is no concession for the excusable persons. So now this command has been repeated that the persons who are sick or on journey, they can keep the fasting during any other month instead of the month of Ramadan and can get pleasure of the God Almighty.

It has also known by us from this verse that although apparently the commands of Divine are felt some quantity arduous and difficult but in fact those are for success, promotion and easiness of the straight path, because the God Almighty has no enmity with us that let He order us difficult. But He is our Creator, Worshiped and the Most Beneficent. He keeps regard in each condition for easiness and facility. His each command is for our advisability of life and prosperity.

The orders to which we suppose difficult, in fact those are easy too. We consider them difficult due to our own laziness and comfort. Really we have never heard till to day that either any person has died due to the fasts of Ramadan or somebody has become sick. In spite of this we have seen that the persons have recovered from illness due to keeping the fast, and then what will let you say about the spiritual power. 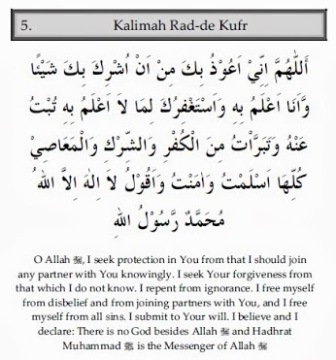 1 thought on “Allah Desires Ease Not Hardship For You”