COMMON EVILS AND DISEASES IN THE SOCIETY

All Praises belong to God Almighty,

And glory, grace, blessings and peace be upon His Messenger,

Then I seek shelter of God Almighty against the Devil, the Disgraced.

In the name of God Almighty, the Beneficent, the Merciful.

All types of creatures of God Almighty live in this world, like the mankind, the animals, beasts, birds, and reptiles, insects along with them trees, crops and wild.

All the males meet the females of their kind and all the females meet the males of their kind except the mankind, the human beings to whom the God Almighty bestowed wisdom, who is called viceroy of the Creator Almighty on earth. This is the condition of that wise mankind that the male completes his sensual wishes with the male or animals and female completes her wishes with other female or animals, which is against the nature, against the wisdom, against the growth of next generation. It is the main cause of diseases like HIV and AIDS. If you wish the goodness of the mankind, you would have to control these acts of the mankind. These types of diseases will automatically be cured.

This evil act was grown in the nation of Prophet Lot, who was nephew of the Prophet Abraham (peace be upon Them) that the males used to do the sensual acts with the males and that nation was ruined. In the Holy Qur’an the God Almighty commands us, (VII- The Heights, Part – 8)(Al-A’-Raaf)

Verse # 80.  And Lot! (Remember) when he said unto his folk: Do ye commit abomination such as no creature ever did before you?

Verse # 82.   And the answer of his people was only that they said (one to another): Turn them out of your township. They are folk, forsooth, who keep pure.

Verse # 83    And We rescued him and his household, save his wife, who was of those who stayed behind.

Verse # 84.  And We rained a rain upon them. So, see now the nature of the consequence of evildoers!

Now let us discuss about the intoxicating drugs. Why the people use these types of drugs? Main cause of the use of these drugs is unjustly division of wealth. If only a few people are capitalists, they don’t wish to pay the poor-dues. The rich persons are becoming richer and the poor becoming poorer. The basic needs of the entire mankind are equal. Every person wants better food, better clothes, and better standard of accommodation for living. When his basic necessities are not fulfilled through legal resources then he wishes to use the wrong path to earn more money, in this process he gets tension and wants to forget every thing. In this way he becomes victim of the Drug sellers. Justly division of the wealth is very necessary.

There is only one system available in the world which is called Islam. In this system the interest is forbidden, every rich person will pay the poor-due 2.5% per year on his wealth, business is lawful but the present banking system is unlawful. Instead of collecting, gathering and depositing the wealth it should be invested in the new projects, factories, businesses so that un-employment may be decreased, maximum people may get employment and the prosperity may be brought in the society. In our country I have seen a lot of opportunities for investment like:

Textile – its process starts from cotton to cloth and clothes for export.

Sugar – the sugarcane is grown in abundant quantity but the sugar mills do not fulfill the requirements of the land owners.

Vegetables through plastic tunnel system – in this system hot weather vegetables are grown in the winter.

Transportation – goods like trucks all types and buses heavy/light duty.

Besides above there are many other field available for investment.

Prophet Muhammad (glory, grace, blessings and peace be upon Him)

“The greatest Jihad is to battle your own soul, to fight the evil within yourself”. Prophet Muhammad (glory, grace, blessings and peace be upon Him)

If you expect the blessings of God, be kind to His people – Abu Bakr (compliments on him)

These are the teachings of Islam. I assure the entire world that a true Muslim will never be a Terrorist. If there is any terrorist that is not a Muslim, either he is ignorant from the teachings of Islam or he is agent of any anti-Islam group or country. However I can not say about other nations or races. 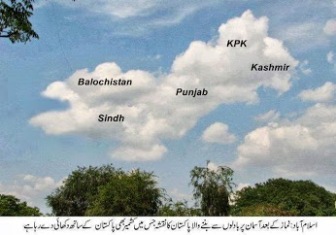 1 thought on “COMMON EVILS AND DISEASES IN THE SOCIETY”