Do Not Hide The Testimony

In this verse the Children of Israel and the Christians have been replied for another misunderstanding and self made beliefs. They had thought that their Reverends, the Prophets Abraham, Ishmael, Isaac, Jacob (peace be upon Them) and Their children were either the followers of Jewish religion or the Christianity, namely (I seek shelter of Allah Almighty) they had also fallen in the sectarian groups.

The God Almighty commands, O the People of the Scripture! You may consider how much you wish after changing the shapes of the Truths and spoiling the happenings but it is the fact that these all Reverend persons and Prophets (peace be upon Them) remained firm on the pure religion of Oneness of God themselves and as well as they established the others to remain on it. It is called Islam. Your knowledge is neither more than the God Almighty and even nor is equal to Him. But your knowledge has no comparison to His knowledge. You use to hide the Truths intentionally. The Holy Books have been revealed near to you, which verify that the religion Islam is Rightful. The Prophets Abraham, Ishmael, Isaac and Jacob (peace be upon Them) were perfect Believers and the followers of Oneness that is to say Islam. It has also been written in your Books that at the end of the era a Messenger Rightful (may glory, grace, blessings and peace be upon Him) will come. Knowingly you are hiding this Real and True Speech, and who will be crueler than him who hides the rightful talk.

We have known from this verse that it is the greatest sin near to Allah Almighty to hide the Truth and real facts. We should escape ourselves from it. 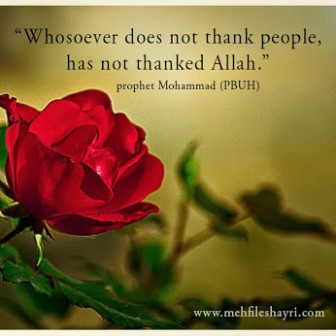