Importance Of Ka’ba And Customs Of Pilgrimage

Al-Bayta – {the House (at Makkah)} literal meaning of Bayt is ‘House’. Al-Bayt-Ullaah- al-Haraam  (a Sacred House of God Almighty i.e. Ka’bah). This Square Building is in Makkah, the Respected place. It is the oldest place for worship of God Almighty on the earth. The Holy Qur’an has also proclaimed that it is the first and the oldest place for worship. It is also called Khana Ka’ba, Bayt Ullah and Qibla.

Masaabatan – (a resort, a place for assembly/gathering) this word is derived from suub that means to return towards its original form. So masaabatan means the place towards which the mankind inclines over and over and never feels discomfort coming back again and again. It is the virtue of Al-Bayt-Ullaah- al-Haraam that the people come in again and again for Hajj (Pilgrimage) and they do not be weary of it.

Linnaasi – (for mankind) it signifies towards common people who come for pilgrimage. The persons from each part of the world, each country and territory assemble around Al-Bayt-Ullaah- al-Haraam each year for Hajj and Umrah (Pilgrimage).

‘Am-naa – (Sanctuary, sacred and protected place) the Building of Ka’ba and its all surrounding area which has been included in Haram, killing any person or hunting any living creature is totally prohibited. Before Islam the killers and criminals used to take shelter between the walls of Khana Ka’ba.

Musallaa – (place of worship) in Arabic language all those places will be called musallaa where the prayers may be offered.

Tahhiraa – (Purify) this word is derived from Tahaarat that means cleanliness. It includes meaningful cleanliness also besides outward cleanliness, that is to say purify the Khana Ka’ba from un-cleanliness of infidelity and plurality.

Baytiya – (My House) Allah Almighty has called the Khana Ka’ba saying My House. It is intended to disclose the greatness and grandeur of the Khana Ka’ba.

‘Aa-kifiina – (who meditate therein) To necessitate staying at any place for reverence. According to the Divines phrase Ai’-tikaaf means to stay in the mosque for the purpose of worship for a particular period. Ai’-tikaaf is practice of the Prophet Muhammad (may glory, grace, blessings and peace be upon Him) during the last ten days of the Month of Ramadhan. 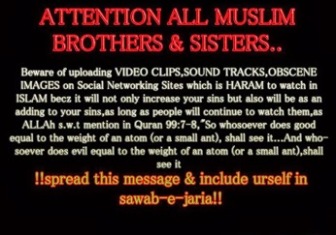