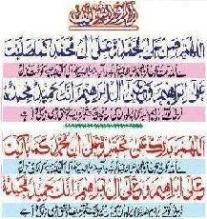 Islam, being a positive and practical religion, makes due allowance for human weakness, and is prepared to forgive the slips of weak moments, provided there is no deliberate commission of serious offence. Moreover the formation of his character begins at much earlier stages of creation. 32 : 53 “Allah does not impose upon any soul duties and responsibilities beyond its ability to bear them.” 286 : 2. Faults of action may be mended with the aid of knowledge. 54 : 6. but if a man positively rejects Truth and acts in his own way, without the proper guidance of knowledge, his actions lead him to no satisfaction, ultimately he is likely to be lost in bewilderment-a realistic description of human floundering in ignorance. Vide 39 & 40 : 24.

Islam aims to prepare man for a life of manifold association, and deprecates the life of seclusion and isolation. It calls upon man not only to do his duty, but to enjoy his rights as well; to live a social life, both responsible and enjoyable. Islamic life is not idealistic at the expense of realism, nor is it realistic to the detriment of idealism; but a happy blending of both, so as to correspond to all the grades of human nature, and provide full scope for self expression. With due regards to his extreme limitations, it chalks out the path of eternal progress, from knowledge to action and from action to satisfaction. Vide 1 : 95. Broadly speaking, the associations of man are four fold, A. with the Supreme Being, B. with Nature, C. with Spirits and D. with Mankind; and the Qur’aan has a definite code of guidance for each sphere of life.

First human association with the Supreme Being is to be realized in actual life, and not merely to be perceived in a world of contemplation. The associations should be as realistic as those with our parents in general. “He gives me to eat, and gives me to drink, and when I am sick, then He restores me to health”77 to 83;26, 200;2, 28:13. “And whoever turns away from My remembrance, his shall surely be a straitened life.” 124:20. This is a deep psychological hint to all thinkers, regarding the present paradox, dissatisfaction and dejection prevailing in the very midst of riches and prosperity in the modern world. The solution too is provided in the preceding quotation. We may also be attracted to Him through our inner perception, which is either a gift or an Acquisition vide 13:42, 20:51.

In brief, spiritual connections with the Supreme Being have to be realized both inside the self and in the world outside. 52:41. The Supreme Being is a permanent companion, and a sure help in emergency, if approached aright. But men often mistake His help for apparent causes. “He is with you, wherever you may be; and Allah sees what you do.” 7,4: 57, 3:6, 186:2, 49: 39, 33: 30.(verse: Surah)

There is a living relation of love and liking between man and the Supreme Being, “Allah loves those who turn much (to Him). Allah loves those who are careful (of their duty)”. 222: 2, 4: 9, 158:3, 145: 3. “Say (O Muhammad), If you love Allah, then follow me; Allah will love you, and forgive you your faults; and Allah is Forgiving and Merciful.” 30: 3. It would appear from this that Islam, despite its strict discipline, is really a religion of love and mercy. In brief, one should enquire and seek the company of those who are devoted to Allah; Beneficent is most helpful even in this line. 59: 25, 28: 18, 69: 29. There is no place for Mysticism in the teachings of Islam. The right word is ‘Sidq’ or Qur’aanic Truth and the Associates are called Siddiiqiin or Truthful.